CW series gyratory screen is one of our main products. It`s superior quality, excellent performance and high efficiency won us a good reputation among our customers home and abroad.

The material moving track on screen begin with horizontal circular motion at the feed end,  gradually diminishing along the length of the machine to an elliptical path,and finally to an  approximate straight line motion at the discharge end. The material have enough time to  move on the screen, until the screening process is finished,that is why this machine have  huge handling capacity.

The unique gyratory motion imparts a combination of actions to the material as it passes  along the screen surface. It begins with a horizontal circular motion at the feed end, gradually diminishing along the length of the machine to an elliptical path, and finally to an approximate straight-line motion at the discharge end. There is no vertical component to this motion thus keeping   the material in constant contact with the screen surface. Whole sealing structure, no dust pollution. Without vertical vibration, the mesh could gain a longer service life.

* No vertical vibration when working,longer life span of the screen mesh. (best choice for fragile materials, such as salt, sugar etc. )

* Price is much higher compared with S49-B series vibrating screen

* It can be designed in square or linear type 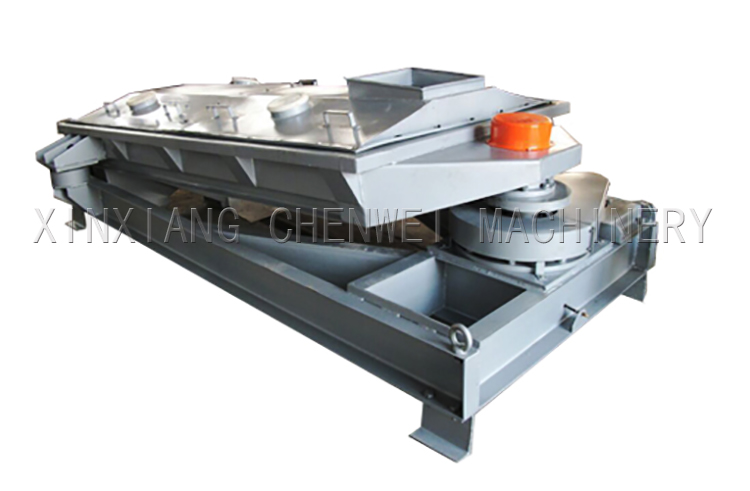