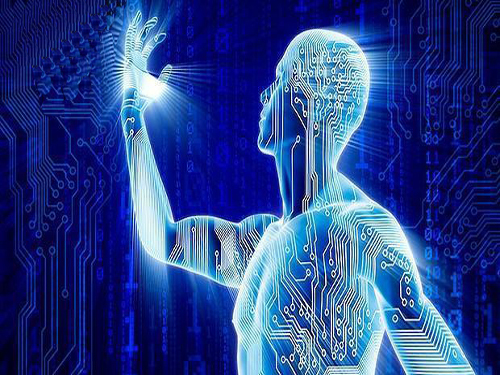 â€œI donâ€™t want so many companies that are overwhelming. I just want a few upright companies. I also donâ€™t want robots to be like other industries in the country. The villages are ignited and smoke everywhere. There are robot industries everywhere. We hope there should be Relatively agglomeration and development of robots."

Recently, Zhang Simu, director of the Department of Equipment Industry of the Ministry of Industry and Information Technology, made the above statement at the Fourth Session of the China Robot Industry Alliance and the Industry Chain Collaboration and Exchange Conference.

In recent years, with the increase in labor costs and the urgent need for transformation and upgrading of the manufacturing industry, the demand for robots in China has presented a blowout attitude, which has driven the sales of industrial robots to continue to improve. According to data provided by the China Robotics Industry Alliance, 57,000 industrial robots were sold in the Chinese market in 2014, an increase of 55% over the previous year, accounting for about one-fourth of the total sales volume in the global market. It has become the worldâ€™s largest industry for two consecutive years. Robot market.

"From the reflection of China's coastal areas, we have seen a large amount of goods. It is not an exaggeration to say that the demand for robots is 'urgent'." Song Xiaogang, secretary-general of the China Robotics Industry Association, believes that in addition to automobiles and traditional electronics industries, our country has a large amount of goods. The broad manufacturing industry is the main battlefield for the development of industrial robots in the future and even the development of global industrial robots.

Based on the above judgment, China hopes to create 2 to 3 leading robotics companies by 2020, cultivate 5 to 8 industrial robots industrial clusters, and increase the ownership of key components by 2030 to create a complete industrial robot industry. System, domestic production reached 80%. By then, man-machine collaboration with a new generation of industrial robots will require small-volume production, and demonstration applications will begin. One or two companies must enter the top five of the market, and their major technical indicators have reached world-class standards.

According to Song Xiaogang, in order to achieve the above goals, China will focus on two directions: First, increase the production capacity of industrial robots and key parts serialized products to promote the use of industrial robots to meet the urgent need of China's current manufacturing transformation and upgrading. Demand; Second, the key technology of intelligent robots, the development of intelligent robots, and actively respond to new challenges in the transformation of new energy technology industries, to continuously improve the international competitiveness of China's manufacturing industry.

â€œIn my mind, I hope to cultivate several internationally influential robotics companies. I donâ€™t want so many companies that are overwhelming. I just want a few upright enterprises.â€ Zhang Xiangmu said.

The wish is good, but it is not easy to achieve

In the eyes of Ru Daoyu, Deputy Director of the National Engineering Research Center of the Robotics, robots currently made by many companies, whether they are three-axes or two-axes, cannot be said to have nothing to do with robots, but "the robots that will be developed in Japan after today's talks, the United States The advanced manufacturing partners in Industry 4.0 have no connection with these robots."

In fact, modern robots are a high-tech vocabulary. However, many of the robots that China is now doing are mostly "high-tech" wearing "hats." After the caps are removed, they may not be high-tech. "If we limit the robot to only one machine or equipment, I'm sorry, the future is impossible to develop." Qu Dao-kui said.

As an industry management department, the Ministry of Industry and Information Technology has taken note of these issues and expressed its position that it will spare no effort to support the development of self-owned brand robots and provide support for industries and enterprises in various aspects such as policies.

Take the opportunity to overtake the curve

At present, the development of robots basically continues the way that the manufacturing or equipment manufacturing industry has followed in the past few decades. From the beginning, it started from the low end to the terminal. Some of them started from the introduction. Some of them only made the body or did some assembly. The key is to rely on imports for development.

Zhang Xiangmu does not quite approve of such a route. In his view, â€œBecause we have had more than 30 years of experience in reform and opening up and manufacturing development, if every new area goes along this path from scratch, we will Always follow others."

"Developing robots also has the idea of â€‹â€‹cornering and overtaking. Do not go slowly and gradually, or we will be eliminated when we reach a certain time." He said that he also hopes that entrepreneurs can technically set goals. All of us are welcome. We will create some conditions for you to achieve this goal."

It is understood that the Ministry of Industry and Information Technology has issued a guideline to promote the development of the industrial robot industry, and also made use of various channels to support the development and application of robots. In terms of standardization work, the Ministry of Industry and Information Technology also worked with the National Standardization Committee to promote the national robot standardization work.

According to Zhang Xiangmu, the next step is to organize the Ministry of Industry and Information Technology to compile the â€œ13th Five-Year Plan for Development of Robots and Technology Roadmapâ€ and hopes to use some channels to maximize the development of robots, especially in R&D or upgrade of industrial capabilities. Into the national support plan.