Skip to content
April 29, 2019
Recently, LED concept stocks bucked the market, yesterday Huacan Optoelectronics, Hongli Optoelectronics daily limit, Jufei Optoelectronics is also close to the daily limit, market participants said that since the beginning of the year, the global LED industry chain company stocks have significantly increased, while A shares related Enterprises are lagging behind. Obviously, the market underestimates the upward elasticity of the LED industry after the outbreak of home lighting. The short-term correction will usher in the golden timing of industrial layout.
Optimistic about the LED lighting market, the LED industry market boom depends mainly on three aspects, first, the stabilization of the backlight market, followed by the large-scale start-up of public and commercial lighting, followed by the rapid increase in the penetration rate of home lighting, and these three aspects. Conditions are now in place. It can be proved that both the international first-line lighting giants such as Philips and Osram, as well as the LED industry chain enterprises in South Korea and Taiwan, are optimistic about the LED lighting market and continue to increase investment. According to the 2013 quarterly reports of Philips and the 2013 annual report, the proportion of LED revenues is rising and the development trend is good. In 2013, the company's LED revenue increased by 38. The company pointed out in the annual report that the current global lighting consumption consumes about 19%, and by promoting LED lighting, it is expected to reduce global lighting energy consumption by more than 40. In terms of OSRAM, the revenue of LED business in 2013 reached 1.528 billion euros, an increase of 11.4, accounting for 29. The company's development goal is to achieve LED revenue ratio of more than 50 before 2017.
Therefore, the organization generally believes that the LED lighting industry has determined growth in 2014, and the penetration rate has entered a period of sharp rise, which is optimistic about the growth of the LED industry. In fact, in the context of energy conservation and environmental protection, the LED industry is also expected to become a theme investment that can be long-term concern.
The performance of listed companies is released. How long is the current boom in the LED industry expected to last? The incandescent lamp ban in major countries and regions in the world entered the batch effective phase in 2014 and the decline in the cost of LED lighting, which will surely trigger the outbreak of the LED general lighting market. The LED lighting market is a large market with a scale of 100 billion yuan, which is expected to enable the industry to maintain a big three- to four-year cycle opportunity. Judging from the annual report performance announcements of several LED listed companies in the recent A-share market, the performance of LED companies has begun to show signs of accelerated release in the fourth quarter of 2013.
Ping An Securities said that from the beginning of this year, the profits of the LED industry will gradually shift to the upstream, throughout the entire period of rapid penetration of the LED industry penetration rate. In addition, due to the industrial scale effect and the gradual reflection of technological strength, the gap between different enterprises will gradually widen. In terms of individual stocks, Sanan Optoelectronics has consolidated its leading position in the chip industry. After the completion of the issuance, the company will continue to rise to the next level and continue to strongly recommend it. In the middle of the package, it is recommended to pay attention to the beneficiaries of industry integration, and continue to recommend Jufei Optoelectronics, which has the most outstanding management capabilities. On the downstream side, we continue to be optimistic about benefiting from the improvement of the industry's prosperity, and actively deploying Sunlight Lighting with its own channels and Foshan Lighting with obvious channel advantages.

Caterpillar is the top 1 supplier for all kinds of construction machinery. They acquired many companies who can produce different components for them. Most of the parts for CAT we can provide are fuel solenoids, cooling water pumps, starter motors, generators etc. The parts fit backhoe loaders, skid steer loaders, forklifts, excavators. The spare parts for the engine models of Caterpillar like 3024, 3034, 3044, 3054, 3056, C2.2, C3.4, C4.4, C6.6 can all be supplied by us. 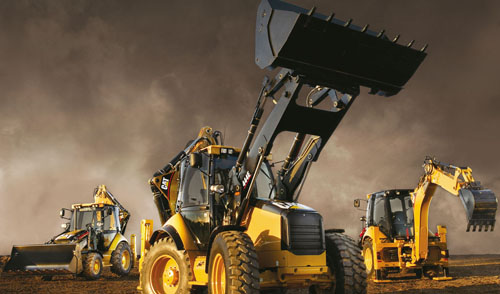 The spare parts of us are packed with neutral packing, and normal deliver time will be 1-2 weeks while the parts are in our stock. The parts sold by us all can be offered with 12 months warranty, except for the artificial damage.