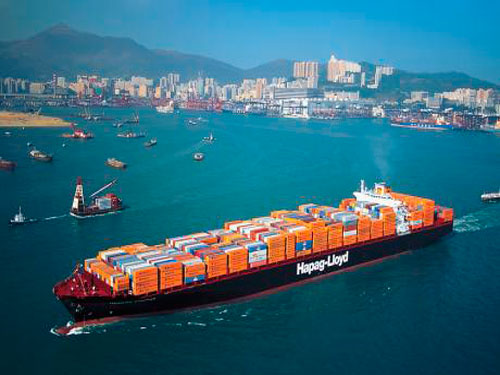 Figure: Hapag-Lloyd's performance improved, announced to join the ranks of buyers in Germany Hapag-Lloyd shipping has announced in Hamburg a few days ago, it will introduce a total of 10 13.32 million containers of container ships, the Chilean South American ship (CSAV) also announced on the same day, custom-made two 8000 boxes of ships. Both companies had made financial distress during the financial tsunami, but good performance in the first three quarters of this year prompted the re-launch of shipbuilding plans. Even after the order shipments for new container ships started in the middle of this year, the container shipping industry is showing signs of prosperity. scene.

Both Hapag-Lloyd and Chilean South American steamships are typical examples of liner companies that have almost been unable to withstand the financial tsunami in the past two years. After experiencing a share transfer last year, the former seeks relief from the German government. The latter, after making a serious loss, must raise funds to cover its operating expenses.

Hapag-Lloyd this time decided to order four new 13,200 container ships from Hyundai Heavy Industries, and changed the order of six 8,750 containers to be completed at the beginning of 2008 to 13,200 containers, greatly increasing its fleet capacity, with a total value of 14.5. One hundred million U.S. dollars. The batch of ships will be delivered between mid-2012 and the end of 2013. Chairman Brant said that the big-hand purchase action reflects that the company has recovered to its previous financial stability and seized the opportunity to increase revenue with new capacity. Buying large ships also shows that Hapag-Lloyd is entering a new stage of development.

The Chilean South American ship has purchased container ships for the first time since July 2007. Two new 8,000-segment tanks will be built at South Koreaâ€™s Samsung Heavy Industries, each priced at US$90 million. With a total of options, the company will be able to order up to four additional 8,000-tanks at the shipyard. Samsung Heavy Industries originally had five 8,000 boxes not delivered to South American ships, bringing the total number of orders for both parties involved in new ships to nine.

The liner companies that have already bought ships this year include Singapore's Neptune Shipping (NOL) and Evergreen Marine, each ordering 10 8,400 boxes and 30 8,000 boxes, respectively. Maersk Line is preparing to purchase an epoch-making 18,000 boxes, OOCL (00316). ) The top level also stated that it had plans to buy ships. The news that liner companies are buying ships seems to reflect the fact that the container shipping industry is once again taking off. Hong Kong's shipbroking company, Clarkson, recently released a report saying that one year ago, the shipping industry could hardly imagine that the new container ship market would recover rapidly. At present, not only major liner companies have started to buy ships, but non-traditional container vessel buyers headed by Greek owners are also interested in buying ships. It can be seen that orders for new container ships will continue to come.