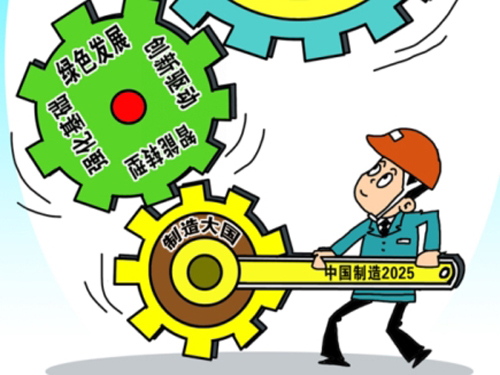 The â€œMade in China 2025â€ reviewed by the State Council Executive Meeting on March 25th is expected to be promulgated in the near future. The above-mentioned document, known as the "China Industrial 4.0 Plan", was prepared by the Ministry of Industry and Information Technology, together with more than 20 ministries and commissions such as the National Development and Reform Commission and the Ministry of Science and Technology, and more than 50 academicians. The core lies in proposing China's construction of a powerful manufacturing industry for three decades. Stepping on the strategy and focusing on the specific deployment of the goals and tasks for the first decade.

An expert close to the Ministry of Industry and Information Technology told the Economic Observer newspaper that the document will explicitly solve the problems of high-end technologies and weak core technologies in China's manufacturing industry by implementing a number of major projects. The main form is government-led, in existing research institutes, On the basis of universities and enterprises, we will build a number of manufacturing innovation centers that combine production, learning, research, and use, and promote them with industrial alliances.

In fact, in the process of formulating the â€œMade in China 2025â€ process in the Ministry of Industry and Information Technology, some central SOEs have already started to move ahead. In January of this year, Fu Chengyu, chairman of Sinopec, revealed to the public that Sinopec will establish an innovation workshop; in February, Baosteel announced that it had invested 2 billion yuan to establish an e-commerce platform.

The concept of launching the â€œMade in China 2025â€ study was first put forward by the Chinese Academy of Engineering, specifically in the submission to the Central Committee of the Chinese Communist Party and the State Council, a proposal entitled â€œDeveloping China Manufacturing 2025â€ to accelerate the construction of a manufacturing power.

At the end of 2013, the Chinese Academy of Engineering submitted a complete report on â€œStrategic Research on Manufacturing Powersâ€ â€‹â€‹to the top level of the Central Government, which included the formulation of the â€œMade in China 2025â€ proposal.

On January 7, 2014, Deputy Prime Minister Ma Kai listened to the report on the phased results of the Chinese Academy of Engineering and fully affirmed the â€œStrategic Research on Manufacturing Powersâ€ â€‹â€‹project. The Ministry of Industry and Information Technology shall take the lead and unite multiple ministries and commissions, the Chinese Academy of Engineering and other areas as soon as possible. Formulated "Made in China 2025".

According to the aforementioned experts who are close to the Ministry of Industry and Information Technology, one of the most important results of the report submitted by the Chinese Academy of Engineering is the establishment of four first-level indicators and 18 second-level indicators based on major industrialized countries such as the United States, Germany, Japan and the United Kingdom. The composition of the manufacturing evaluation system, and from this prediction, China is expected to enter the world's second phalanx of manufacturing industry by 2025 and will rise to the forefront of the second phalanx in 2035, and will include the United States and Germany by 2045. The first phalanx of countries such as Japan and the United States will thus become a manufacturing power with global influence.

The report pointed out that at present, Chinaâ€™s manufacturing industry is large and not strong. The main problem is that the capacity for independent innovation is not strong. High-end technologies, core technologies, and key components are all subject to human control. To become a manufacturing power, the manufacturing industry must be digitized. Networking and intelligence are the commanding heights, breakthroughs, and main directions of innovation driven by manufacturing, transformation and upgrading, and occupy the core position in implementing the â€œMade in China 2025â€ process.

The aforementioned experts told the Economic Observer that as early as 2006, Chinaâ€™s large-scale aircraft was listed as one of the 16 major special projects of the national medium and long-term science and technology planning. The main result of this project was the C919 large passenger aircraft, which is expected to achieve the first flight by the end of 2015. , But now all of China's self-developed large-scale passenger aircraft C919's engines are imported.

In addition, in many frontier areas of manufacturing, China's core technology and key components rely on imports. In 2013, China was already the largest consumer of robots, but now 80% of robots are imported. In recent years, Chinaâ€™s finances have been increasing investment in the research and development of CNC machine tools, but 80% of high-end CNC machines are still imported.

Since 2011, the United States, Britain, Germany and other countries have started development plans and plans for related manufacturing industries. The goal is to seize the international market of manufacturing through digitalization, networking, and intelligence. It is against such a backdrop that Ma Kai, deputy prime minister of the State Council, personally deployed and the Ministry of Industry and Information Technology and other departments started to compile the "Made in China 2025" in early 2014 and submitted it to the State Council before the two national conferences this year.

Comparing with the â€œIndustry 4.0 Planâ€ proposed by the German government in 2013, the Ministry of Industry and Information Technology explained that both are strategic initiatives for the development of the manufacturing industry. They both want to deeply integrate information technology and manufacturing technology through the mobile Internet and the Internet of Things. New-generation information technologies such as big data and robotics are driving the digitization, networking, and intelligence of the manufacturing industry.

The state-owned enterprises first went forward on March 5 this year. Premier Li Keqiang proposed to implement "Made in China 2025" in his government work report. It is speculated by the outside world that the Chinese government will provide further financial support to state-owned enterprises to strengthen control over some important industries including energy, transportation, and national security.

The reason is based on a goal set out in "Made in China 2025", that is, by 2025, the profitability of the largest state-owned enterprises should be listed.

In response, Li Jin, deputy head of the China Enterprise Reform and Development Research Association, told the Economic Observer that â€œthis view of the outside world is basically correct, but the direction of the new round of state-owned enterprise reform is marketization, and the core is the separation of government and enterprise. Will not be privatized."

Li Jin further analyzed that transformation and upgrading is an old topic, but state-owned enterprises, especially central enterprises, have not shown much improvement and basically belong to an extension type. The contribution of technological innovation is relatively small. After the next implementation of â€œMade in China 2025â€, the central enterprises can Failure to achieve transformation and upgrading will affect the transformation of China's economy. It will also be of great significance for China to successfully enter the ranks of manufacturing powerhouses in 2025.

In fact, in the process of formulating â€œMade in China 2025â€ by the Ministry of Industry and Information Technology, some central SOEs have already started to rush. For example, in January this year, Fu Chengyu, chairman of Sinopec, revealed that Sinopec will set up an innovation workshop and will use 3D printing as One of the economic growth points in the future; in February, Baosteel Co., Ltd. and Baosteel Group announced that they will invest 2 billion yuan to establish an e-commerce platform.

The aforementioned experts who are close to the Ministry of Industry and Information Technology added that in order to ensure the effective implementation of â€œMade in China 2025â€, the Ministry of Industry and Information Technology proposed in the above-mentioned document that, in the field of manufacturing, related departments will introduce supportive policies such as taxation, investment and financing, and system reform as soon as possible and implement them. Negative list, reduce approval matters, in order to encourage business innovation, attract social capital to invest in manufacturing.